M5 Incorporated, based in Oklahoma will represent GWC Italia in the Mid Continent Territory with its line of Welded and Bolted Body Trunnion Ball Valves, Floating Ball Valves as well as Gate, Globe & Check Valves providing coverage across the key regions of Oklahoma, Kansas, East Texas, North Louisiana and Arkansas.

GWC Italia has significant inventory in the United States and is extremely well positioned to support M5 Incorporated into the mid-continent Oil & Gas Industry.

GWC Italia has been distributing valves in North America since 1985 and continuously broadening its presence in the United States. This key representative partnership allows further growth of its clients’ portfolio.

“We are privileged to be working alongside M5 Incorporated, a leading company in its marketplace, offering many new opportunities”, said Marc Thurmond, Vice President-Sales North America for GWC Italia. 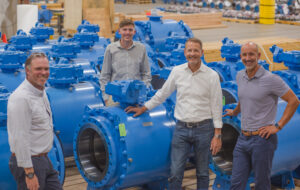 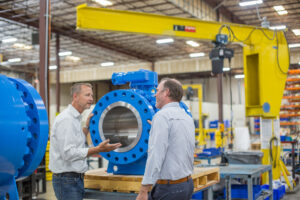 The Website may use certain cookies. In particular, the Website uses session cookies whose only function is to transmit session identification data necessary to ensure an efficient browsing. Other kind of cookies, or similar technologies, may be from time to time used to enable the Website usage or specific functions. Certain persistent cookies may be used to track the language used by the user’s IT system and, however, they may be at any time disabled. No cookie is used to acquire or transmit users’ personal identification data nor tracking cookies. For session data and for data strictly necessary to the Website operation, the provision of such data is necessary and the users’ consent is not required. The failure in providing such data may result in the impossibility for the user to navigate the Website. For any additional information about cookies disabling and setting, users may refer to section “Help” of their browser or follow the procedures specifically provided therein.
Cookie settingsACCEPT
Privacy & Cookies Policy

This website uses cookies to improve your experience while you navigate through the website. Out of these cookies, the cookies that are categorized as necessary are stored on your browser as they are essential for the working of basic functionalities of the website. We also use third-party cookies that help us analyze and understand how you use this website. These cookies will be stored in your browser only with your consent. You also have the option to opt-out of these cookies. But opting out of some of these cookies may have an effect on your browsing experience.
Necessary Always Enabled
Necessary cookies are absolutely essential for the website to function properly. This category only includes cookies that ensures basic functionalities and security features of the website. These cookies do not store any personal information.
Non-necessary
Any cookies that may not be particularly necessary for the website to function and is used specifically to collect user personal data via analytics, ads, other embedded contents are termed as non-necessary cookies. It is mandatory to procure user consent prior to running these cookies on your website.
SAVE & ACCEPT